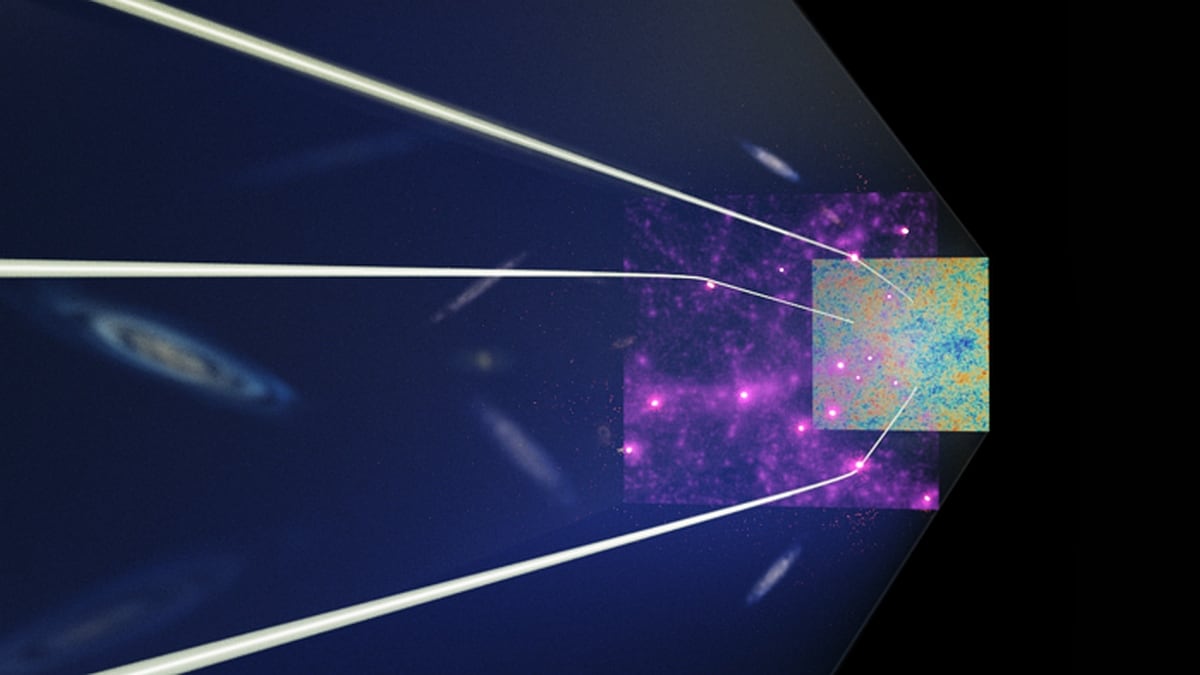 Using a novel technique, scientists from the Nagoya University of Japan have observed dark matter from the farthest reaches of the universe. They revealed the nature of dark matter around galaxies as seen 12 billion years ago. Due to the finite speed of light, when scientists observe distant galaxies, they see them the way they were billions of years in the past. Consider an even more distant source galaxy than the target galaxy being studied for its dark matter. The gravitational pull of the foreground galaxy, including its dark matter, warps the space and time around it, as predicted by Albert Einstein’s theory of general relativity.

However, galaxies located in the farthest reaches of the universe are quite faint and thus hard to detect. To get over this, scientists, in the new study, utilised microwaves released from the Big Bang.

The team first used data from the observations of the Subaru Hyper Suprime-Cam Survey and identified and 1.5 million lens galaxies selected to be seen 12 billion years ago. They then used microwaves from the cosmic microwave background (CMB), which is the radiation left as the result of the Big Bang. Using this microwave, the team proceeded to measure the distortion caused by dark matter around lens galaxies.

“Look at dark matter around distant galaxies? It was a crazy idea. No one realized we could do this. But after I gave a talk about a large distant galaxy sample, Hironao came to me and said it may be possible to look at dark matter around these galaxies with the CMB,” said professor Masami Ouchi of the University of Tokyo. Ouchi is also one of the authors of the study published in Physical Review Letters.

Yuichi Harikane, an assistant professor at the Institute for Cosmic Ray Research, claims that while most researchers use source galaxies to identify dark matter, they employed the more distant CMB instead. For the first time, he said that they were measuring dark matter from nearly the very beginning of the cosmos.