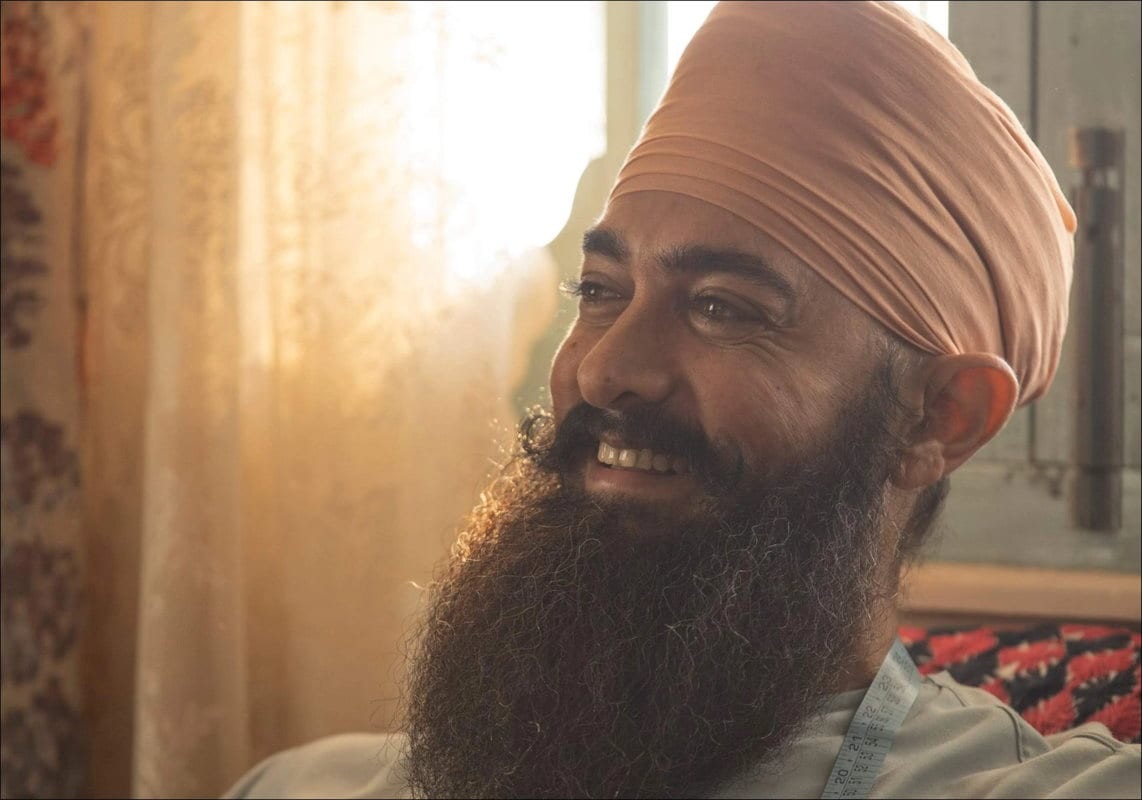 Nope to Laal Singh Chaddha, the 7 Biggest Movies in August

Laal Singh Chaddha is the biggest offering in Indian cinema this month, as Aamir Khan plays an autistic army man in what is a (much delayed) remake of the Hollywood movie Forrest Gump. The film releases on August 11 in theatres nationwide. On the Bollywood side, we also have the Alia Bhatt-led Darlings, part of the Indian originals lineup for Netflix in August. With Shefali Shah, Vijay Verma, and Roshan Mathew co-starring, Darlings premieres on August 5 on Netflix worldwide.

Bullet Train, a delirious action-thriller starring Brad Pitt, leads the pack for the biggest Hollywood movies in August 2022. The surrounding hype is shocking, especially for the Indian demographic, as Sony Pictures prepares to screen the film an entire day early for us. Not only that, but the movie will be out day one in multiple Indian dubs — English, Hindi, Tamil, and Telugu, on August 4. Another hotly-anticipated entry is Jordan Peele’s western sci-fi horror feature, Nope, marking his second collaboration with Oscar-winning actor Daniel Kaluuya. Nope is out on August 19 in India.

She-Hulk to House of the Dragon, the Biggest TV Shows in August

The month of August has even more films to offer, including a new Sylvester Stallone superhero flick on Prime Video based on the graphic novel series, Samaritan. For your convenience, we have picked the best August 2022 releases coming to theatres, Netflix, and Prime Video, which you can check out below.

When: August 4
Where: Cinemas

From the director of Deadpool 2 comes Bullet Train — a high-octane thriller set on the rails of modern-day Japan. Drawing inspiration from the action set pieces in Train to Busan, this Brad Pitt-starrer takes a ridiculous John Wick-like premise and throws it onto a fast-moving train. Unlucky assassin Ladybug (Pitt) is determined to do his job peacefully after several botched ones. As fate would have it, his ride is loaded with four other assassins who share different objectives, setting off a chain reaction of bone-crushing fights.

Time is running out, as the bullet train reaches its destination, Kyoto, revealing each lethal adversary and their motives. Aaron Taylor-Johnson has taken a liking to action flicks since Tenet, assuming the role of Tangerine, a British assassin adept at hand-to-hand combat. Joey King plays a role fit for her age, an assassin in the guise of a schoolgirl, while Hiroyuki Sanada wields a katana to slice past incoming hordes.

Director David Leitch adapted the movie from the Japanese novel Maria Beetle, which is also the name of Sandra Bullock’s character, Ladybug’s handler. The cast is loaded, as evidenced by the oversaturated poster, featuring the likes of Michael Shannon, Andrew Koji, and Zazie Beats as the assassins, while Karen Fukuhara (The Boys) plays a train crew member.

When: August 5
Where: Netflix

Set against the backdrop of a poor neighbourhood in Mumbai, Jasmeet K. Reen’s directorial debut explores the lives of a mother-daughter duo, navigating their love life through weird circumstances. Alia Bhatt and Shefali Shah lead the cast of Darlings as the duo — with the former playing a troubled housewife hoping to solve her volatile husband’s drinking problem.

Vijay Sharma (Mirzapur) plays the alcoholic husband Hamza, displaying spurts of rage upon suspicion that his wife is cheating on him with Zulfi (Roshan Mathew) — a man roughly of the same age. The Darlings trailer hints that Zulfi is in a relationship with the mother. As feelings of mistrust lead to a heinous act, it is up to Badru and her mother to boldly, albeit clumsily, seek revenge.

When: August 5
Where: Prime Video

Directed by Ron Howard (Apollo 13), Thirteen Lives is based on true events that occurred merely four years ago in Thailand. When a group of young boys and their football coach are trapped in a system of flooding underground caves, an international rescue team is deployed to save them. The acclaimed filmmaker brings his expertise in true stories to try and dramatise the 2018 Tham Luang cave rescue operation for audiences at home.

Colin Farrell makes his first film appearance since The Batman, as one of the expert divers tasked with rescuing the kids. He is joined by Viggo Mortenson (Crimes of the Future) and Joel Edgerton (The Green Knight), as they tirelessly make their way through the humid, dark caverns as walls close in around them.

Visually, the film seems to take notes from Neil Marshall’s The Descent, by creating a suffocating, claustrophobic feel with dimly-lit corridors and handheld cameras to raise tension. And while there is a documentary online based on said events, Ron Howard’s touch is just magical.

When: August 11
Where: Cinemas

A Hindi remake of the Academy Award-winning Forrest Gump marks Aamir Khan’s return to movies in nearly four years. Laal Singh Chaddha (Khan) follows the life story of an autistic individual with big dreams, taking the audience on an emotional ride from childhood experiences to his service as a decorated member of the Indian army.

Judging by the Laal Singh Chaddha trailer, director Advait Chauhan seems to have altered the plot to suit Indian sensitives — by setting the story in Punjab and introducing romance tropes catering to Bollywood lovers.

Kareena Kapoor plays the love interest Rupa, who understands the complexities of living with someone like Chaddha, while Mona Singh plays the ever-loving mother. The film also stars Naga Chaitanya, Manav Vij, and Kim Sharma.

When: August 19
Where: Cinemas

Another remake on this list comes from filmmaker Anurag Kashyap, who tries reimagining the Spanish Netflix film Mirage. Taapsee Pannu (Pink) leads the cast as Antara who moves with her family to a new house. An old TV set found in the storeroom kicks off a series of strange events, as Antara is able to interact with the ghost of a child through the transmission. The brief interaction causes a space-time continuum glitch — altering reality and affecting events in the present.

The Dobaaraa trailer never really explains the logic behind the events, but fans can expect themes of horror and an age-old murder mystery hanging atop.

Hardy Nation (as listed on IMDb) plays the 12-year-old kid who delivers the message 25 years into the future, while Rahul Bhat plays the careless husband to Antara. Pavail Gulati, who starred alongside Pannu in 2020’s Thappad, returns as a DCP officer, while M. Nassar (Baahubali movies) plays some kind of a scientist in Dobaaraa.

When: August 19
Where: Cinemas

Going by the sparse information in the trailers so far, Jordan Peele’s Nope looks pretty dope. Set in an isolated Californian town, two siblings, played by Daniel Kaluuya and Keke Palmer, discover a strange phenomenon in the skies above. A UFO, whose presence is informed by violently-reacting horses, appears every so often to devour the beasts at night. Taking note of this, Jupe — played by Steven Yeun (Minari) — the owner of an adjacent theme park, tries to profit from the otherworldly phenomenon by using horses as bait.

Here onwards, things seem to go awry, as the aliens start attacking everyone in sight. It is also implied that looking at the sky could put you in harm’s way, as evidenced by Palmer repeating to herself, “Don’t look.” Compared to his last two films, Get Out and Us, Peele has a larger scope to work with here — even adding cinematographer Hoyte van Hoytema to his arsenal for those grand-scale visuals. Nope is already out in US theatres, while Indians will have to wait for a few more weeks.

When: August 26
Where: Prime Video

Sylvester Stallone (Rocky) plays Joe Smith, a retired superhero who is way past his pinnacle in this new Prime Video original. Samaritan, based on the graphic novel series of the same name, takes a grounded approach to storytelling — similar to M. Night Shyamalan’s Unbreakable. Set in the fictional Granite City overrun by criminals, the plot follows a 13-year-old Sam Cleary — played by Javon Walton (Euphoria) — who realises that his aged neighbour is the famed superhero, Samaritan, who was reported dead 25 years ago.

As friendship blossoms between the two, a new villain played by Pilou Asbæk (Game of Thrones) starts wreaking havoc around the city, forcing Joe out of retirement. Bragi F. Schut, one of the original creators of the comic, turned it into a screenplay, with Julius Avery set to direct. Prior to that, the film went through multiple delays due to various studio acquisitions, and at one point, was even slated for a theatrical release.

Watch the Official Trailer for Samaritan