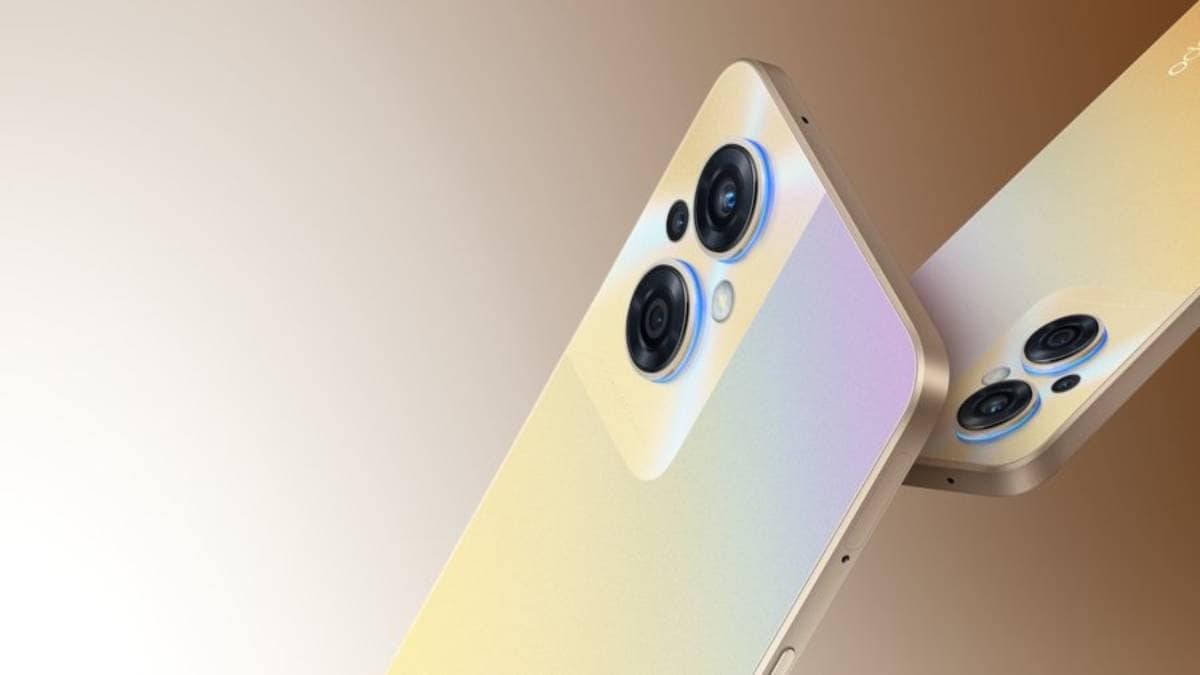 Oppo Reno 8Z was recently spotted on the National Communications Commission (NCC) website in Taiwan and is reportedly on its way to some select markets. Now, the smartphone’s official looking teaser image has been leaked by a tipster. The leaked image suggests its design and it appears quite similar to the design of the Oppo Reno 7z, which was announced in Thailand in March. The leaked image also indicates a triple camera unit and the LED flash arrangement, which is again identical to the Reno 7z model.

Tipster Evan Blass has shared a poster of the unreleased Oppo Reno 8Z via a tweet. As mentioned above, the design of the smartphone in the leaked image looks quite similar to the Oppo Reno 7Z, which was unveiled in Thailand in March. The image suggests the arrangement of the triple rear camera unit and the LED flash to be similar to the Reno 7Z. RGB lighting can also be seen around the two large cameras in the picture. Moreover, the image also shows the “AI Portrait Camera” text below the camera setup.

It can also be seen in the leaked image that the upcoming Oppo Reno 8Z may feature flat edges. The flat side of the device has a SIM card slot and volume buttons, as per the alleged poster. A microphone is also placed on the top of the handset body.

The Oppo Reno 8Z was recently spotted on the NCC website, as stated above. The listing suggested that the smartphone will support 33W fast charging and get a 3.5mm headphone jack, a USB Type-C port, and a speaker grille at the bottom. The phone is expected to house a 4,500mAh battery. The report also said that the phone will run ColorOS 12.1.1 based on Android 12.

The information about colour options and configurations was also tipped by tipster Mukul Sharma. Apart from a 4,500mAh battery with 33W charging support, the tipster claimed that the rumoured Oppo Reno 8Z is expected to come in two colour options: Black and Blue. He further claimed that the smartphone is expected to come in three configurations: 6GB RAM + 128GB storage, 8GB RAM + 128GB storage, and 8GB RAM + 256GB storage.