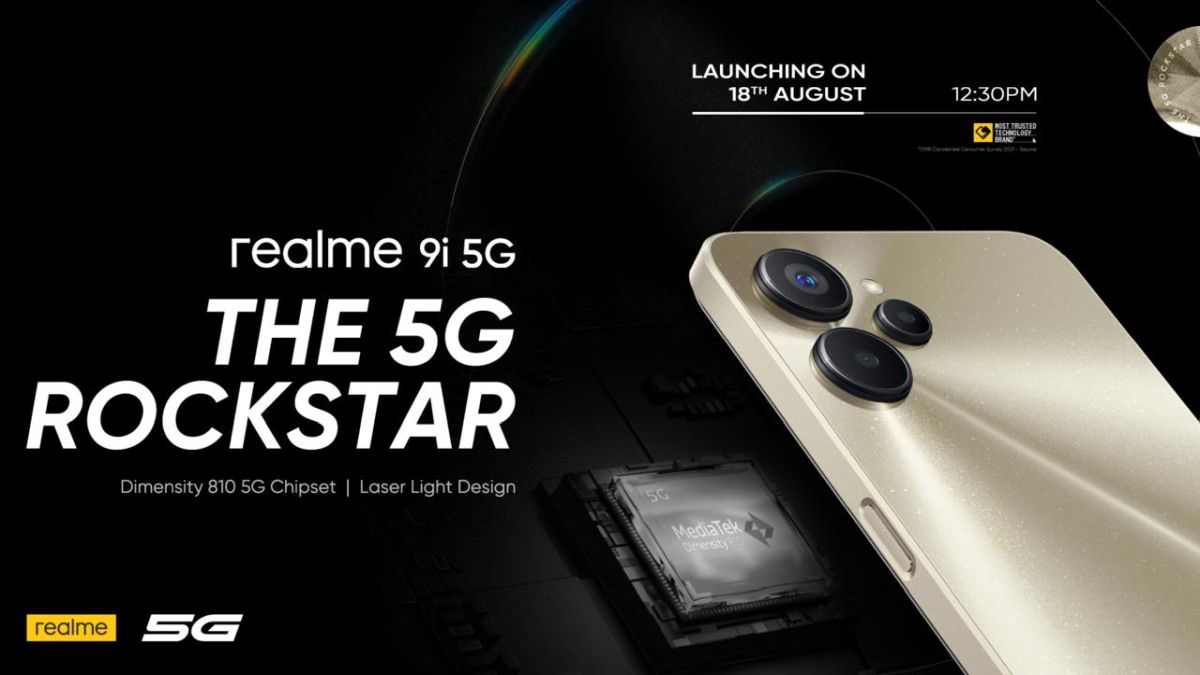 Realme 9i 5G is heading for its launch soon. The upcoming smartphone will launch on August 18 and will be powered by a MediaTek Dimensity 810 5G chipset. The handset is also said to house a massive battery and sport a triple rear camera setup. The Chinese company released a teaser on Twitter calling the upcoming smartphone ‘The 5G Rockstar’. Meanwhile, Realme 9i powered by Snapdragon 680 SoC and featuring triple rear cameras was launched in India this January. It runs Android 11 with Realme UI 2.0 and sports a 6.6-inch full-HD+ display.

Realme, via Twitter, has teased the launch of the upcoming Realme 9i 5G. As mentioned earlier, the handset is being called as ‘The 5G Rockstar’ by the Chinese tech company. The smartphone will launch on August 18 at 12:30pm. The Realme 9i 5G will feature a MediaTek Dimensity 810 5G chipset. The handset is also said to come with a “massive battery” and a triple rear camera setup.

The upcoming smartphone is the 5G variant of the Realme 9i, which was launched this January.

The Realme 9i carries a price tag of Rs. 13,999 for the base 4GB RAM + 64GB storage variant. The handset also has a 6GB + 128GB model that is priced at Rs. 15,999. The phone comes in Prism Black and Prism Blue colour variants. To recall, the smartphone is powered by the Snapdragon 680 SoC and sports a triple rear camera setup. The smartphone runs Android 11 with Realme UI 2.0 and sports a 6.6-inch full-HD+ display.