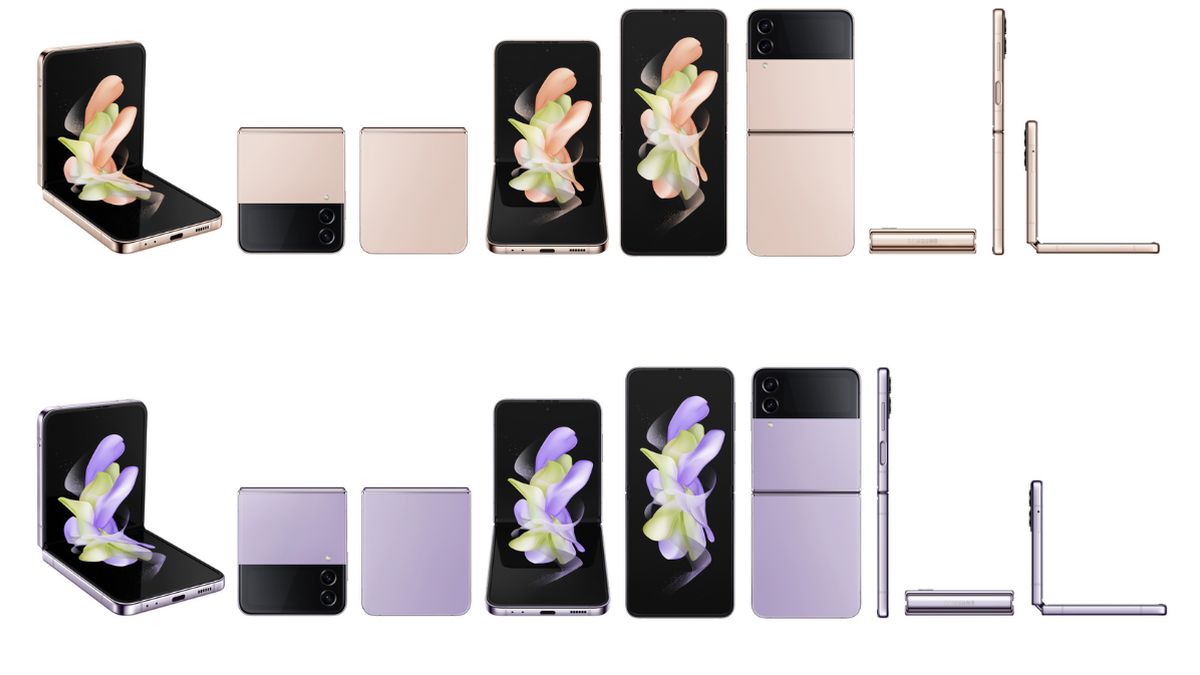 Samsung has already announced that the Galaxy Unpacked event will take place on August 10 at 6.30pm IST / 9am ET. Ahead of the upcoming launch event, purported images of the range of Samsung products that are expected to make their debut have been spotted online. The South Korean tech giant is tipped to launch the Samsung Galaxy Z Fold 4, Galaxy Z Flip 4, Galaxy Watch 5 series, and Galaxy Buds 2 Pro, along with the accessories for these products.

Tipster Evan Blass in collaboration with 91Mobiles has leaked renders of the devices expected to launch at the upcoming Galaxy Unpacked event. The latest set of renders appear to be in line with the previous leaks of the above-mentioned Galaxy products. In the images, the Samsung Galaxy Z Fold 4 can be seen in three colour options with a triple rear camera setup and an LED flash. The Galaxy Z Flip 4, on the other hand, can be seen in four colour options, including a Purple colour option that was previously tipped earlier.

Samsung Galaxy Z Flip 4 images also suggest a design similar to the Galaxy Z Flip 3. It can be seen with a dual rear camera setup placed on a black band that is also expected to house the outer display of the foldable phone. Purported renders of the Samsung Galaxy Watch 5 series have surfaced online in the past. However, the images shared by the publication suggest three more colour options for the Galaxy Watch 5. Meanwhile, the Pro variant can be seen in two colour options. The smartwatches are reportedly going to feature a similar circular dial like the previous generation Galaxy smartwatches.

The South Korean tech giant, Samsung, has already announced that the Galaxy Unpacked event will take place on August 10 at 6.30pm IST. The company has also started pre-booking for the upcoming Galaxy smartphones in India that are expected to be the Samsung Galaxy Z Flip 4 and Galaxy Z Fold 4.