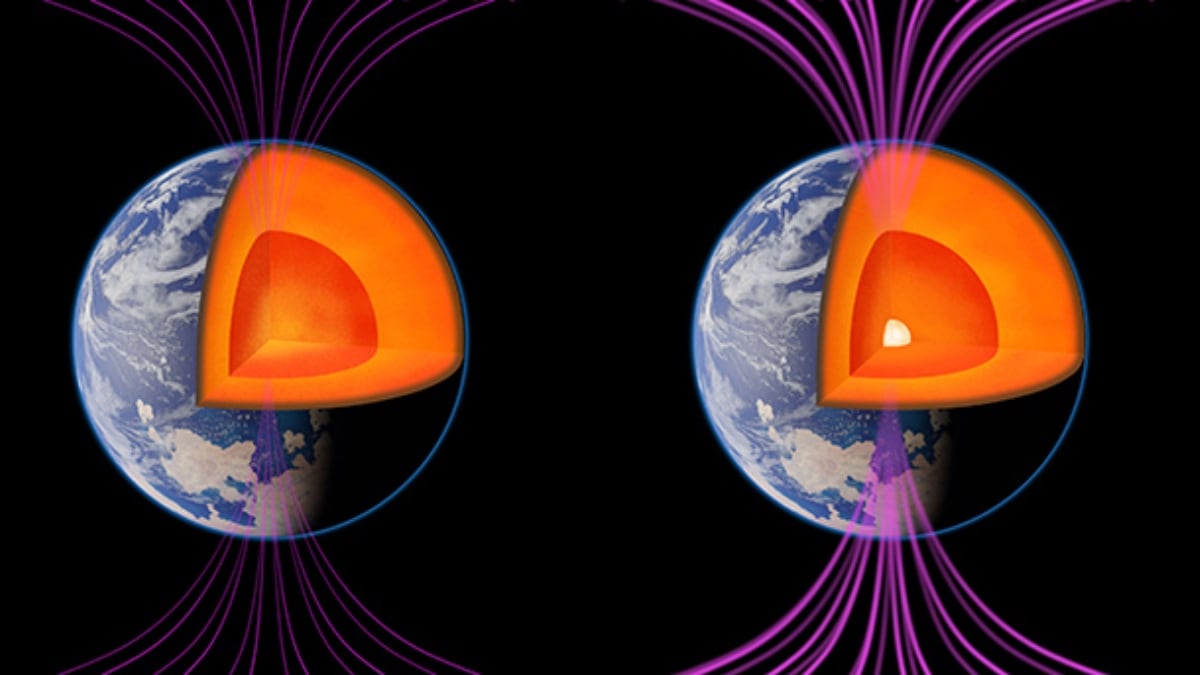 The Emergence of Earth’s Inner Core Helped Save the Planet, Study Suggests

Till today, not much is known about the Earth’s inner core and its contribution to the sustenance of life on our planet. However, that may change soon, thanks to an analysis of ancient rock crystals by researchers from the University of Rochester, New York.

Among the different layers that make up our planet, the outer core — some 1,800 miles beneath us — contains liquid iron that is crucial in generating Earth‘s magnetic field. This field, although can’t be seen, plays an instrumental role in supporting life on Earth by keeping solar winds or streams of radiation from the Sun at bay.

However, this protective shield somehow lost its strength by 10 percent of its current strength come 565 million years ago. Then, this magnetic field regained the lost strength right before the occurrence of the Cambrian explosion of multicellular life on Earth.

Digging for the cause behind this unprecedented change, researchers studied the magnetism locked inside ancient crystals. They used a CO2 laser and the superconducting quantum interference device (SQUID) magnetometer to analyze the feldspar crystals from the rock anorthosite. These crystals contain minute needles that are considered perfect recorders for magnetic information.

“Because we constrained the inner core’s age more accurately, we could explore the fact that the present-day inner core is actually composed of two parts. Plate tectonic movements on Earth’s surface indirectly affected the inner core, and the history of these movements is imprinted deep within Earth in the inner core’s structure,” said geophysicist John Tarduno, who is also one of the authors of the study.

The study suggested that the formation of Earth’s solid inner core is likely the direct cause of the recovery of Earth’s magnetic field. Researchers believe that this saved Earth from the fate of Mars, which lost its magnetic field making it vulnerable to solar winds.