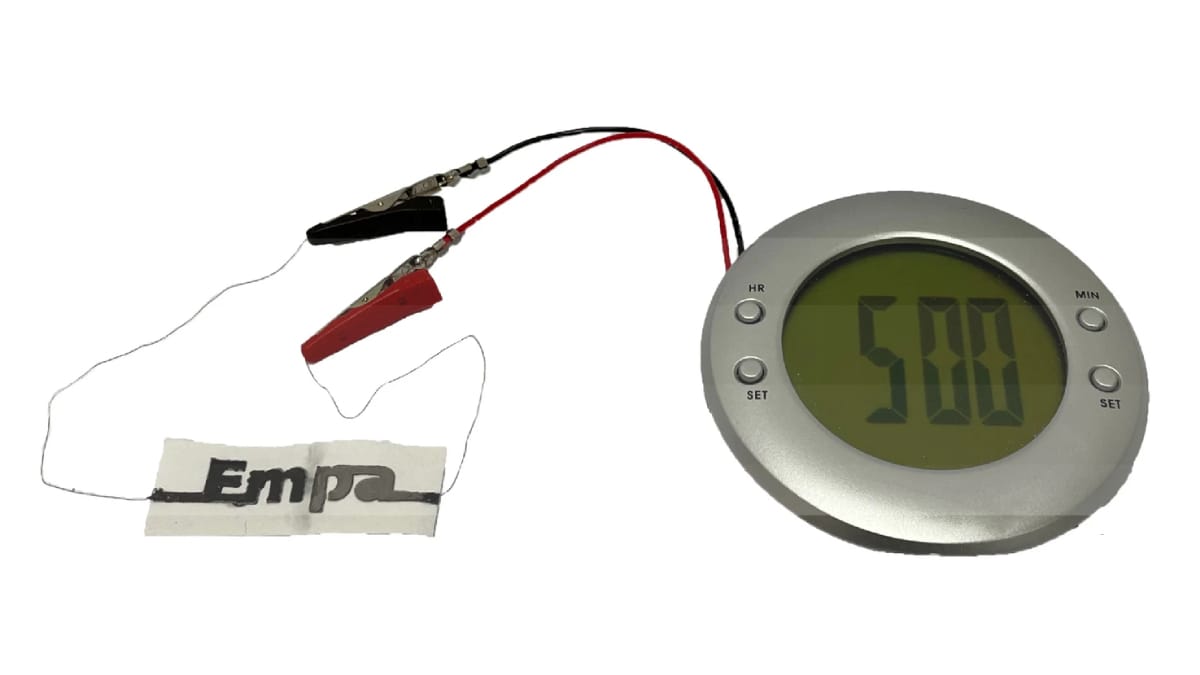 A water-activated disposable paper battery has the potential to significantly reduce the amount of electrical trash produced by single-use devices, such as those used in the medical and industrial sectors. Researchers have developed a battery that is cheap to assemble, biodegradable and made of renewable materials. Additionally, it can be made in a range of sizes and forms as desired. An LCD alarm clock may be powered by a two-cell battery created with this technique, just to give you an idea of the power. The battery is made of sodium chloride salt-diffused paper. It is based on printed inks and can be as small as one square centimetre.

On top of the other two inks, a third ink made of graphite flakes and carbon black is printed on both sides, joining the positive and negative ends of two wires. These are wax-dipped and fastened to the paper at one end.

After that, about two drops of water are required. As a result, the salts in the paper dissolve, releasing charged ions that, as they move through the paper, activate the battery. By connecting the wires to the electrical device, the circuit is closed, allowing electrons to move from the negative to the positive ends.

“We developed a disposable paper battery aiming to reduce the environmental impact of single-use electronics for applications such as point of care diagnosis, smart packaging, and environmental sensing. The battery uses zinc as a biodegradable metal anode, graphite as a nontoxic cathode material, and paper as a biodegradable substrate,” wrote the researchers in a paper published in Scientific Reports.

The paper battery has a steady voltage of 1.2V, which is comparable to the 1.5V of a typical AA alkaline battery. After adding water for around 20 seconds, the battery begins to generate power. Even if the performance declines as the paper dries out over time, it can be partially replenished by adding extra water. Two hours after being initially engaged, the battery could still output 0.5V with additional water.

Although for the time being this is just a proof-of-principle study, the battery detailed in the paper isn’t difficult to make. The researchers claim that in the future they plan to increase the battery’s efficiency and extend its operating life.